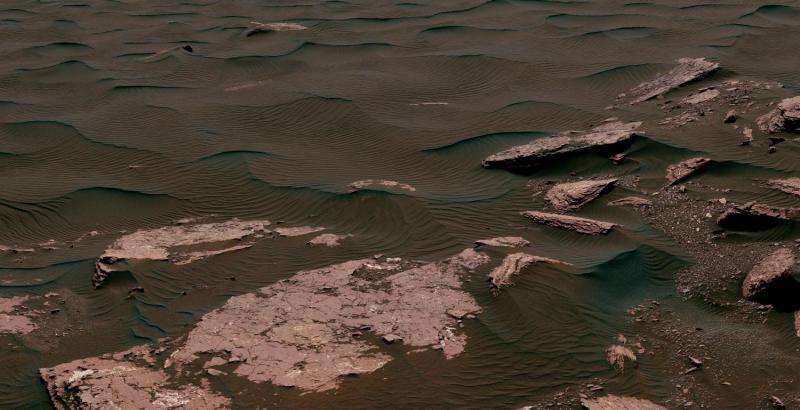 As it drives uphill from a band of rippled sand dunes, NASA’s Curiosity Mars rover is toting a fistful of dark sand for onboard analysis that will complete the rover’s investigation of those dunes.
From early February to early April, the rover examined four sites near a linear dune for comparison with what it found in late 2015 and early 2016 during its investigation of crescent-shaped dunes. This two-phase campaign is the first close-up study of active dunes anywhere other than Earth.  More >>

Get Daily Mars Updates in Your Email